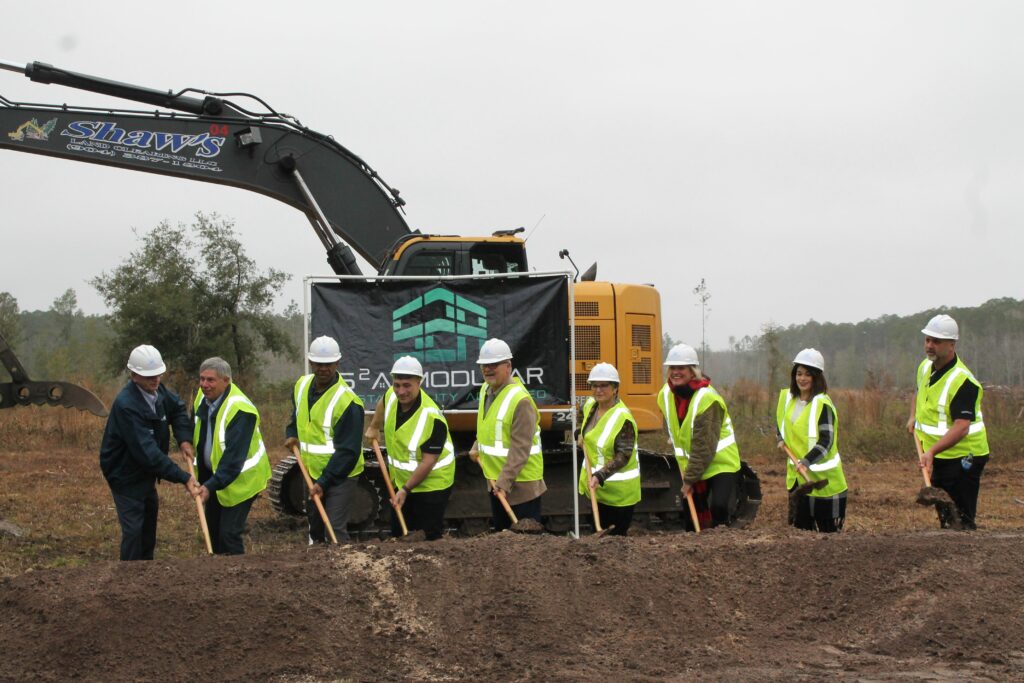 MACCLENNY, Fla., (Jan 21, 2021) –S2A Modular – creator of the first electrically self-sustaining, custom and smart-connected GreenLux™ luxury residences and commercial buildings –officially broke ground today at its Northern Florida MegaFactory site in a private ceremony with officials from Baker County, City of Macclenny and S2A Modular. The new MegaFactory is scheduled to take approximately six months to build and is expected to be fully operational by Q4, 2022. Expected to generate more than $80 million of economic impact to the region – and an additional $60 million in secondary impact – the S2A MegaFactory’s is expected to have a major impact within the region. Approximately 250 new jobs will be created once the MegaFactory reaches full capacity.

From single family homes, multifamily buildings, world-class hotels, commercial mixed-use buildings to specialized “SH1” buildings designed to tackle the homeless crisis in the United States, more than 5,000 GreenLux™ units are scheduled to be built in the next couple of years – with a large wave of new orders arriving daily.